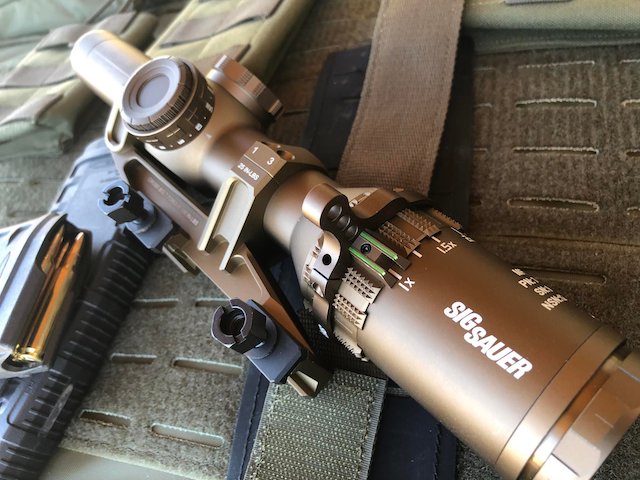 Optics on the semi-automatic? It’s always a question of what distance you’re shooting and what it should cost. For close distances: EOTech, Aimpoint and Holosun with Red Dots, for further then with Magnifier. Or may it be more: LPVO stands for „Low Powered Variable Optic“, and they are a type of magnified optic that often starts at 1X and goes from 4X to 6X to 10X. At 1X, they are like a red dot – or at least very close to it. As the target gets farther away or smaller, however, the shooter can zoom in, increasing the ability to hit the target. These optics are suitable for almost any distance the average semi-auto can reach. LPVOs are currently the dominant optic on the market. Pictured above is the EvolutionGear TANGO 6T DVO 1-6X24mm FFP Illuminated LPVO bundeled wuth NF Style 1.54 Mount , which we’re going to take a closer look at – Real Steel that is.

When the letter carrier rings twice, he brings packages. This one comes directly from EVOLUTION GEAR and inside is the optic (blue box) and the matching mount (small box).

Lid off, beautiful sight: EvolutionGear TANGO 6T DVO 1-6X24mm FFP Illuminated LPVO in its full glory. It’s a clone, let’s put it bluntly. The original is the TANGO6T 1-6X24 MM from SIG SAUER, an American military optic. The clone is in itself there for MilSim friends to look like the real thing. Well, you don’t have to have the real thing unless you’re a sharp one, but a solid replica will do. That’s where EVOLUTION GEAR comes in.

They provide everything you need, and this is the full EG TANGO 6T equipment.

A look inside the box shows a corresponding mount, which in the original would be from Night Force, the one from EVOLUTION GEAR is also a solid replica and the matching mount to TANGO 6T.

Tools are not needed, supplied with the appropriate wrench for mounting nuts.

View from below, everything very neatly worked. With the correct markings.

Side view. Again, the details are identical to the original. The line on the aiming telescope is the holding point for the horizontal mount, it must be at the same height as the gap of the mount.

So everything is straight, a practical solution. The labeling indicates the order in which the screws should be tightened. In addition, the desired strength, if you can set the screwdriver. With the clone perhaps not quite the same as with the original, from which the labeling is taken.

The labels are of course front and rear. By the way, the NF style mount for 30mm tubes is 1.54 inches high. Next time we want to try the higher 1.93 inches. There you can go with the head vertically to the piston.

And inside is the operating manual, so to speak. And for the specialists also where front and rear is. So can not go wrong.

Always remember, when screwing think of the sequence.

This is the ring that allows the quick adjustment between 1x and 6x times with lever. Also perfectly worked.

This is how it looks when mounted on the adjustment ring.

Prepare everything, the optic is ready for the field when everything is mounted and the batteries are inserted.

The EvolutionGear TANGO 6T has the 7.62 Extendet Rectile. Obvious, because on the real ones we use the optic on an HK417.

Here we use the manufacturer’s images. View through with 1x magnification. Attractive view. Edge sharpness and good eye relief. But we must remember that this is a $300 optic, the real thing costs at least five times as much. The problem is that in this inexpensive segment 1x is not always 1x times, but 1.1 or 1.2, which is somewhat irritating, is also not as naturally clear as the original. That is to say at simple EG T6 is much weaker than the original. But still good, considering the price.

See through with 6x magnification. The optics are really good there – especially when you think about the price range here too. Edge sharpness and good reticle. The red dot has 12 adjustments, but it could be stronger, especially if you want to use T6 as a red dot.

No Airsoft. EVOLUTION GEAR T6 on a civilian semi-auto and off it goes to the range.

And of course the real ones are also interested: Here is the SIG SAUER optic on the new M110A1 DMR for US Army and Air Force. This is HK417 adapted according to customer requirements.

And this is the original. As I said, replica and original are two classes, but we wanted to compare how the two relate to each other. We kindly found the original at AUSTRIA ARMS, a very recommendable optic.

Left: original, right: our replica. Coating of the original a bit more valuable and duller.

The beginning of the tube. Same.

Bottom side. The replica has the finer lettering, funnily enough.

The covers of the towers.

The setting wheels compared to each other.

The covers of the towers. The replica also clicks very well and can be adjusted nicely.

The knobs on the replica (above) are more finely crafted.

And the adjustment of the magnification against each other. The lettering on SIG is a bit duller because lasered, EVOLUTION GEAR has a good print that is whiter. Bit like a well imitated Rolex compared to the original. And if you’re not careful, you could easily mix it up. One look through and you immediately know what the original is, the price has to be reflected somewhere.

Also nice. The original comes with a handy brush tool.

And we think the combo makes quite a visual impact as well.

This is the video of the range. Here we play exclusively at short range with 1x. Later we also played at 100 meters and the optics proved their worth.

CONCLUSION: We know this is a replica. EvolutionGear TANGO 6T DVO 1-6X24mm FFP Illuminated LPVO holds up very well for its price range (a good $300) though. At distance even much better than up close, it’s edge sharp and doesn’t misalign in sharp focus either. Even though it’s a clone. 1x at close range also works, but there you somewhat forfeit the advantage of the good quality of a real LPVO that you can shoot with your eyes open like a Red Dot. For people who just want to MilSim the clone for optical reasons, it’s perfect anyway.

EVOLUTION GEAR on the web

Next time we’ll try the optic with an EVOLUTION GEAR Micro as a 45 degree back up optic, an amazingly viable solution for a suddenly appearing close enemy. 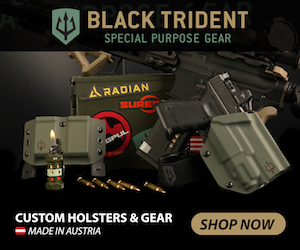 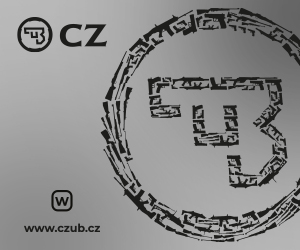 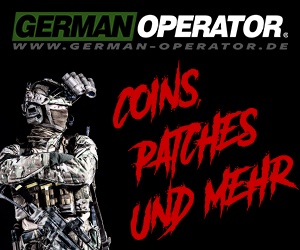 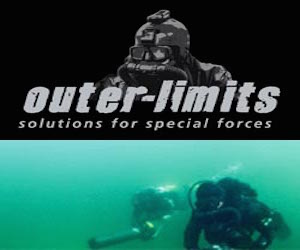 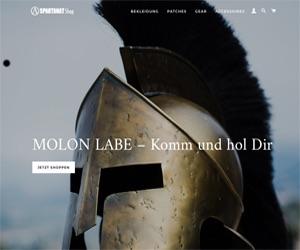 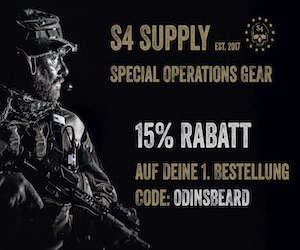 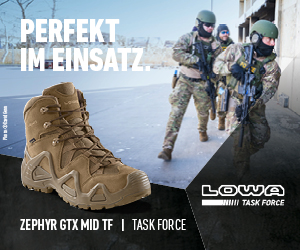 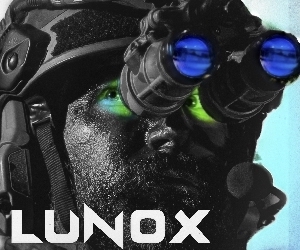 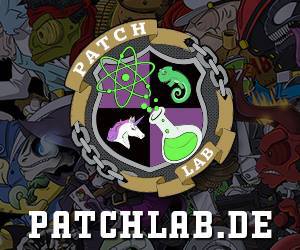 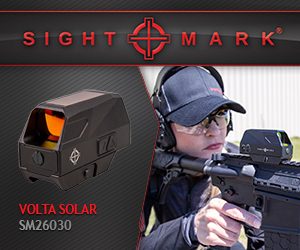